Recycling through the ages: 1960s

In this series of articles, we will be looking at recycling through the ages; considering the changes in mentalities and behaviours, the environmental savings, and the comparative costs. We begin with the 1960s...

By the late 1960s, the Environmental Movement was really beginning to find it's feet. The country was recovering from the exhaustion of resources consumed by WWII; a time that saw domestic recycling efforts blossom. Following that, the late Forties and all of the Fifties saw an unhealthy trend of landfill use, which was expected as a result of the very low prices. Many were concerned at this blatant environmental hazard and began to group together and react. The Environmental Movement caused a tide of change, and mentalities began to alter. The revolution began. Metal and plastic recycling was often not considered for it's huge scrap value, but more for re-use around the home or in day-to-day life. When Gary Anderson, a 23 year-old college student in America submitted a simple design to an art competition in Chicago, he probably had no idea just how immense it would become. Anderson's design consisted of three folding arrows flowing in a triangular shape. The symbol is universally recognized today as the logo for the recycling or waste management. 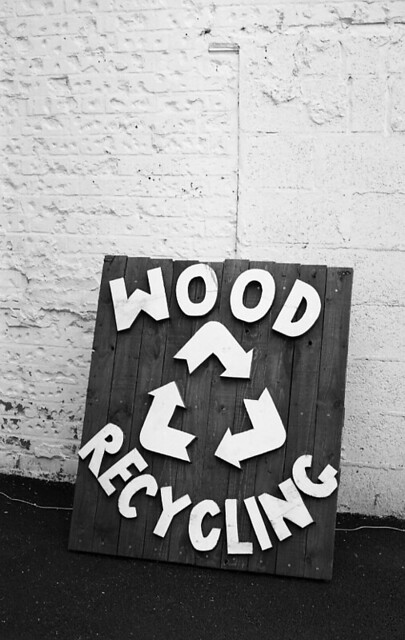 The waste mantra 'Reduce Reuse Recycle' inspired the designs, with each triangle symbolising one of these messages. The symbol is not owned, or leased, but merely earned, and was introduced with the intention of creating a better understanding of the need to recycle. The plan came off, as now we see that most store bought products are recyclable or made from recycled materials. The recycling logo displayed within a solid circle indicates that the product has been manufactured using recycled materials. Companies that use plastic recycling initiatives in their products will notably have several different recycling logos their products. As landfills became increasingly popular, the prices began to rise, but they weren't the only ones. Energy prices soared, as oil and gas industries saw the financial potential of the international dependence on their products. The environmental movement saw scientists explore numerous ways of saving energy, and recycling was amongst them. It was found that metal and plastic recycling could save as much as 95% of the energy used in comparison to virgin production. People stressed that natural resources, such as trees, minerals and fuel would one day become scarce, and efforts must be made to secure the future. A substantial change was not cost effective initially, but investments for environmentally friendly solutions were put in place, and today we have much of that original faith to thank. Lady Bird Johnson, wife to former President Lyndon Johnson, demanded that litter be tackled and the streets become cleaner. She is credited with reviving a love for recycling, and her initiatives paved the way for many modern day packaging and plastic recycling practices. If you enjoyed reading about the 1960s, please read each of our preceding features. To read about the 2000sTo read about the 1990sTo read about the 1980sTo read about the 1970s