While polypropylene (PP) is known and loved for its versatility and presence in many everyday recycled plastic products, it can also play a pretty vital role in bigger, more imaginative ventures.

Take Arturo Vittori’s endeavours in Ethiopia as an example. The Italian designer, inspired by his experiences with villages struggling to find an easy way of acquiring clean water, conceptualised a structure which blends natural and local materials, such as bamboo, with recycled plastics like polypropylene to help ease the effort. Introducing the WarkaWater Towers: a physical embodiment of the belief that technological advancement may not always be the way forward.

The polypropylene (the stuff you might find in your garden furniture or domestic appliances) has in this case been used as the fibres which ‘act as micro tunnels for daily condensation.’ One of PP’s major fortes is its composition: while it’s one of the lightest examples of a recycled plastic, it still maintains a considerable amount of strength. As such, it can be relied upon to carry out such a crucial role within the tower’s formation. So how does it work?

It’s a fairly complex arrangement, and given the fact that the developers studied ‘the Namib beetle’s shell, lotus flower leaves, spider web threads and the integrated fog collection system in cactus’ to help them shape their designs, it’s quite clear this was a project altogether heavily inspired by nature. With the Warka tree (native to Ethiopia) as his guide, Vittori designed a 33ft-high tower which uses bamboo or juncus sticks to strengthen the structure, and polypropylene fibre as scaffolding to help collect condensation, which, after the dew has formed, drops into a base made from mesh.

It’s pretty clear what Vittori is trying to achieve with his WarkaWater project. Through the use of natural, local materials and recycled plastics, the entire construction of the tower is based on the ideals of sustainability and longevity. Looking into the future, Vittori believes the locals will be able to spread their knowledge of the WarkaWater Towers to other struggling villages, thus allowing inhabitants a continued cycle of self-sufficiency and independence.

As the towers that are already in place are relatively new, there’s a lot of scope for further developments. With its large, inclusive branches, the Warka tree is known to locals as a hub of social activity and is often used for gatherings. In suggesting the possibility of shared internet connections for rural villages, it seems Vittori hopes to retain that sense of community albeit through the implementation of something more technologically advanced. Whatever the case may be – because of their versatility – it’s likely that such recycled plastics like polypropylene will be a necessity for the development of projects like the WarkaWater Towers. 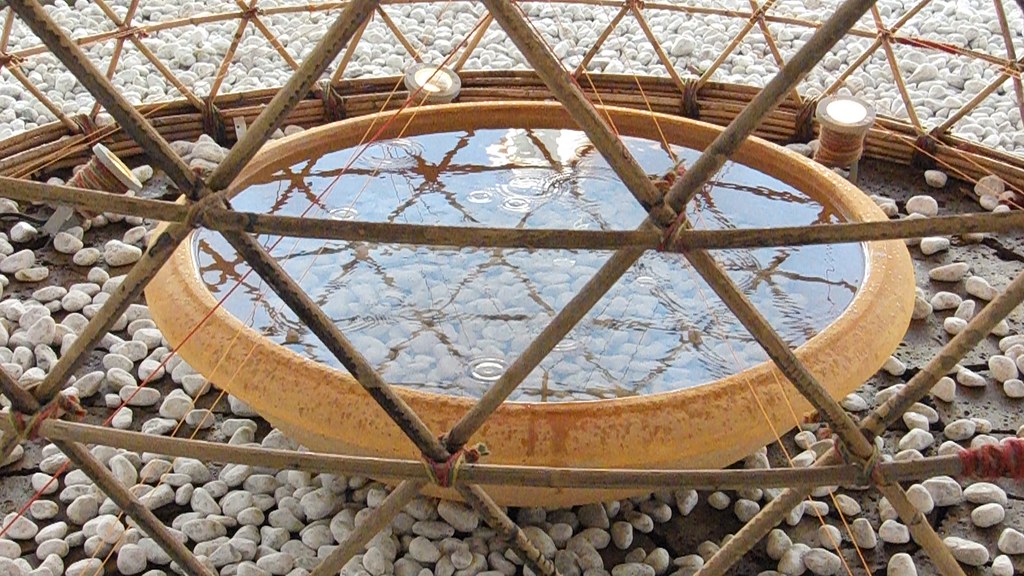